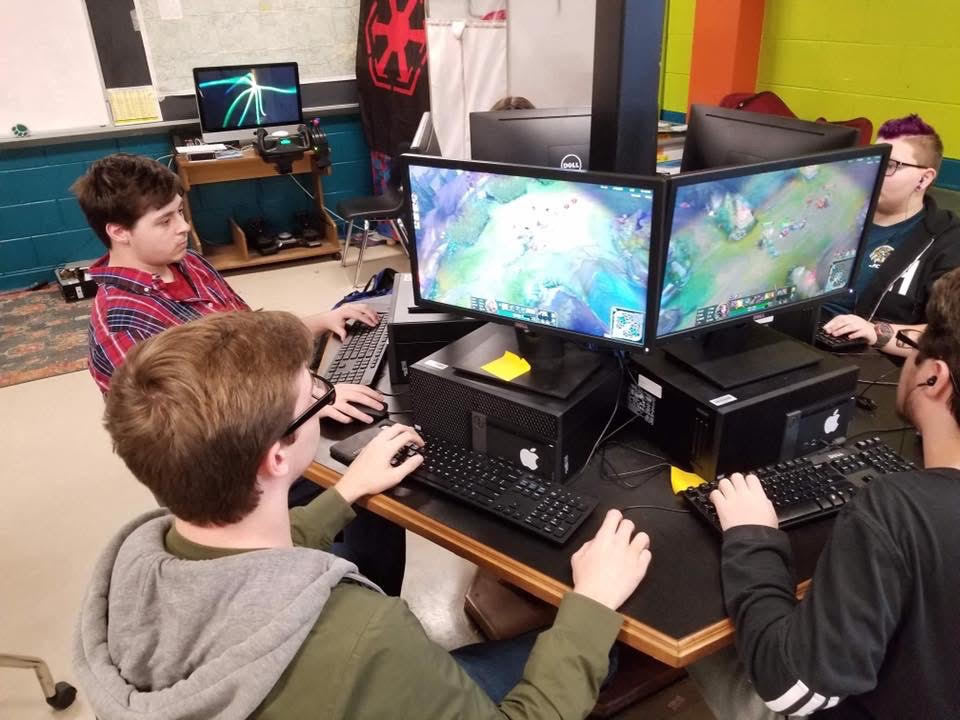 E- Sports on the Rise

Have your parents ever told you to shut off the computer/XBox/Playstation and focus on your future?  Now, your gaming passion can be the very thing that jumpstarts your future. E- Sports, coached by Mr. John Robinson, allows avid video gamers to showcase their talents by competing against other teams of gamers. The team puts in just as much work as any other sport. They must strategize, practice, and devote their time just like any other team would. KHSAA officially adopted E- Sports as an  activity last year. Johnson Central’s team has made it to the state playoffs for two years in a row. In the Beta Season, they advanced to the elite 8 of the tournament. The 2019- 2020 season begins Tuesday, October 15th.